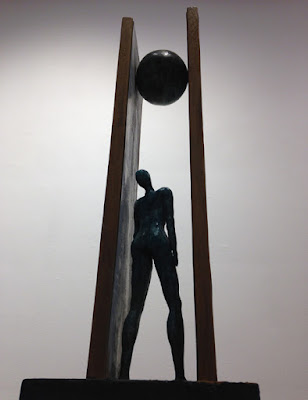 Fascism: A political philosophy, movement, or regime that praises nation and often race above the individual… that stands for an autocratic government headed by a dictator, with severe economic and social restrictions, and forcible suppression on all the oppose.

Please join the Honors Program and the Fine Arts Department of Joliet Junior College for a panel discussion featuring an prestigious group of speakers on the topic Art vs. Fascism. Our panel is comprised of:

Pete Olson: will be delving into the historical context to the phenomenon of Art Against Fascism by discussing the work of Honore Daumier, whose lithographs appeared in Parisian newspapers in the 19th century. He was particularly critical of two rulers with fascistic tendencies, first King Louis-Philippe (who had him jailed) and later Napoleon Bonaparte’s nephew, Napoleon III. The audience will likely find a lot of resonance with contemporary dissent even though the particulars of 19th century French culture may be unfamiliar to them.

Fine Artist, Paula Kloczkowski Luberda will discuss corporate fascism as seen through the arts. Luberda will present a visual journey that includes some contemporary references as well as her own personal creations.

Kimberly Luthen will talk about the artistic response to modern Fascism—listing the behaviors that hallmark Fascist behavior while taking a look at Degenerate art juxtaposed against artistic satire.

Cheryl Jefferson, Writer and Executive Producer of “The Art of Influence: Breaking Criminal Traditions” will present on the related topic "From Creation to Impact." Jefferson will define how the arts are key in the fight against fascism. She will discuss what to do once you’ve completed that brilliant painting, sculpture, novel, script, composition or choreography—to assist your work in achieving the goal of reaching the ideal audience for political impact.

Posted by Chuck Gniech at Sunday, February 04, 2018 No comments: