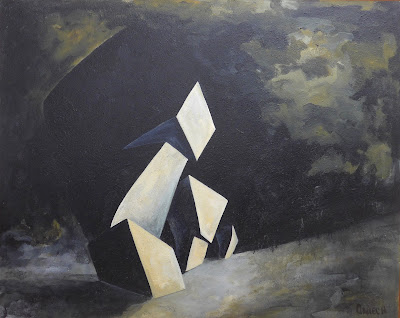 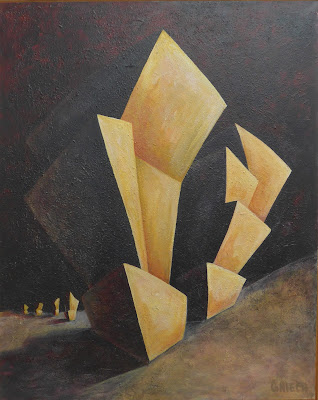 Betty Cleeland at the Hofheimer Gallery 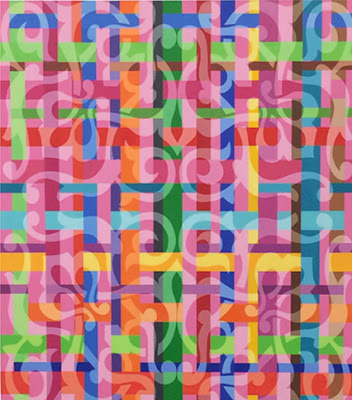 An exhibition of brilliantly colorful paintings by Betty Cleeland opened Friday night at the Hofheimer Gallery, 4823 N. Damen in Chicago. When I arrived, I found myself greeted by a crowded, energy-filled gallery­—filled with patrons excited by the unique imagery being displayed.

A quick review of the exhibition statement highlighted Cleeland’s journey of vibrant pattern—inspired by a love of global textiles. The statement also referenced the influence of the German born artist and teacher, Josef Albers. Albers—who had a major influence on American Mid-Century Modern Art—believed that color, rather than form, was the primary medium of pictorial language. 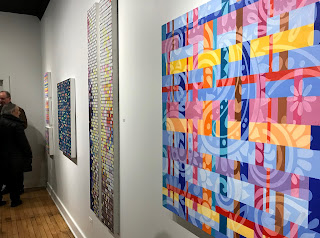 After greeting a few friends, I moved in to take a closer look at the work. The Albers reference seemed pertinent. I found that Cleeland’s imagery explores a strange game of perception—playing with spatial relationship and simultaneous contrast. The beauty of the work is the obsessive complexity of the imagery—the layering of organic and geometric forms. The viewer is presented with a series of constantly changing canvases, were the eye shifts back-and-forth from a linier composition to organic… Cleverly intriguing with a scientific twist.

If you missed the opening reception for Betty Cleeland at the Hofheimer Gallery, the show continues through May 4th. The Hofheimer Gallery is located at 4823 N. Damen, in Chicago. Gallery hours are 11am-6pm Tuesday through Saturday… and by appointment. 847.274.7550 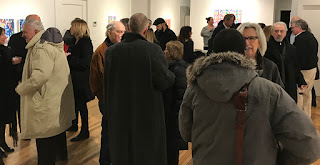