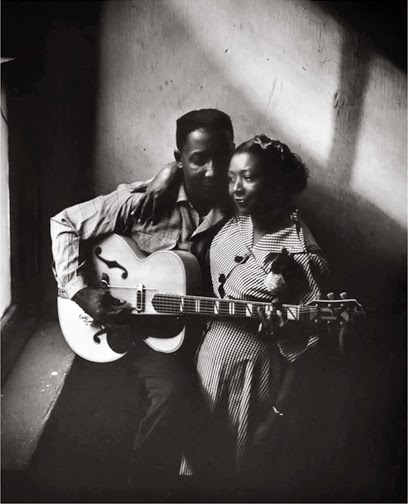 The Art Center-Highland Park will host a reception tonight celebrating the work of world class street photographer, Art Shay. The exhibition chronicles segments of Shay's life... from moments with his family and beloved wife; Florence, through his time in the military, and his work as a Chicago-based freelance photographer—which landed him thousands of assignments for Life, Time and Sports Illustrated.

Many of the images offer a nostalgic view of the 50's and 60's including beautiful celebrity portraits of Brando, Liz Taylor and a variety of music greats including Muddy Waters. But the images that stand out are those that seem timeless: Children playing on the back porches of a  ghetto, silhouettes of military men waiting at a train station, and the weathered faces of working class middle America. The exhibition is filled with emotion... a bit of humor and moments of interspersion.

The reception is tonight from 6:30 to 9pm. The exhibition continues through April 4th. All of the prints are available for purchase. The Art Center – Highland Park is located at 1957 Sheridan Road in Highland Park, IL 60035


For over 70 years, Art Shay has documented his life, combining his gifts of storytelling, humor and empathy. Born in 1922, he grew up in the Bronx and then served as a navigator in the U.S. Army Air Forces in World War II, during which he flew 30 bomber missions and 22 aid missions. From 1947-1949, while on staff as a writer for Life magazine, Shay wrote hundreds of bylines while helping out some of the greatest of Life's photographers. In 1949, Shay became a Chicago-based freelance photographer, landing thousands of assignments for Life, Time, Sports Illustrated and other national publications. Shay photographed nine US Presidents along with many major literary, business, entertainment, science and political figures of the 20th century. A world class street photographer, Shay wondered countless miles throughout the 1950s exploring the city with author Nelson Algren, the winner of the first National Book Award. Shay wrote weekly columns for various newspapers, several plays, children's books, sports instruction books and several photo essay books including "My Florence" which was released February 2015. Art Shay's photography is included in the permanent collections of museums including the National Portrait Gallery and The Art Institute of Chicago.
Posted by Chuck Gniech at Friday, March 06, 2015