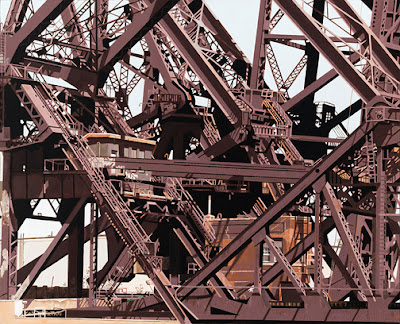 An Opening Reception for Roland Kulla's most recent body of photo-realistic bridge paintings will take place at ZIA Gallery on Saturday, September 12TH from 5-8PM.

Kulla—a long time friend—has been exploring the visual patterns and repetition of bridges for more than fifteen years. The painted web-like steel structures seem to be metaphor for the obstacles in life... not barriers but the day-to-day challenges that make us alter course—if only temporarily. The beauty of the paintings continues with a peaceful and brilliant backdrop of atmospheric freedom. This—must see—series is filled with amazingly beautiful and complex compositions.

ZIA Gallery is located at 548 Chestnut in Winnetka, Illinois. The gallery is open Tuesday through Saturday from 10–5. Street parking is plentiful.
. 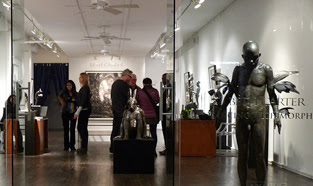