An Evening of OUTSIDER ART and JAZZ 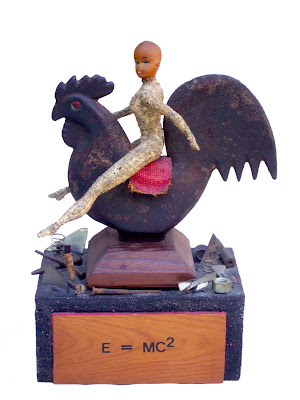 Join The Art Center-Highland Park for an evening of great jazz, craft beer, barbecue and outsider art. The list of obsessively creative and quirky artists include: Lea Atiq, Ellen Greene, Debo Groover, Mary King, Bruce New, and Frank Joseph Zirbel. If you haven’t yet experienced Outsider Art, you will be astonished by this experience!

A little background... Outsider Art is generally produced by self-taught artists that are not part of the artistic establishment. It is work produced far outside of the historical continuum of society... Embracing unconventional views of the world.

The intriguing art work—combined with wonderful food and smooth jazz—will make for an exceptional evening. The event is a fundraiser for The Art Center-Highland Park which is dedicated to promoting the appreciation of contemporary fine art through exhibitions by both established and emerging artists. The center fosters creativity through the experience and discussion of fine art and offers extensive educational opportunities through a broad range of classes, panel discussions, workshops and lectures. A nonprofit organization, The Art Center-Highland Park connects artists with the community at large—supporting creativity at every level.

Tickets for "An Evening of OUTSIDER ART and JAZZ, may be purchased online at TheArtCenterHP.org or by calling Jacqueline Chilow at 847.432.188 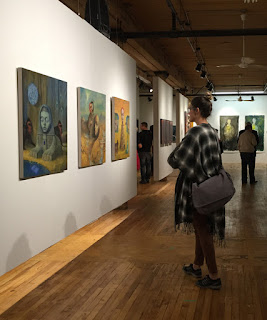 The Art of Influence: Breaking Criminal Traditions opened last night at the Bridgeport Art Center. The exhibition—along with the open studios event—generated a great number of visitors.

Breaking Criminal Traditions is a fine art exhibition featuring the work of twenty artists from around the country. The exhibition calls attention to Domestic Violence Awareness Month as well as the ongoing ancient rituals that kill or maim millions each year—yet are not considered crimes. The exhibition utilizes the beauty of high-quality fine art to raise awareness of human rights issues and—in doing so—begins a dialogue that may encourage change. If you missed the reception, [it was a very busy ART night in Chicago] the show continues through Friday, November 13th. Also, there are a couple of other events occurring in conjunction with the exhibition:

Wednesday, October 21, 6:30–9pm
Film Screening of “Honor Diaries” This documentary profiles activists working for women’s rights in honor cultures and their efforts to create positive change. Cheryl Jefferson will begin a dialogue with domestic violence experts after the screening.

Saturday, October 24, 11-2pm
An Artists Workshop: Creating Art Around Social Issues. This discussion and workshop will highlight how the creation of Art can instill social change. 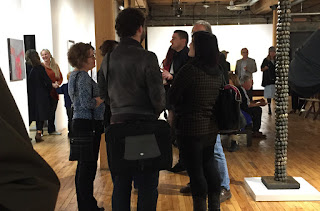 The Art of Influence: Breaking Criminal Traditions will be on display through November 13. The Bridgeport Art Center is located at 1200 W. 35th Street, Chicago, IL 60609. The gallery is open Monday–Saturday 8am-6pm and Sunday 8am-12pm. Most of the pieces included in the exhibition are available for purchase. Additional information can be found at BreakingCriminalTraditions.com.

The Anne Hughes event at The Art Center-Highland Park