Murray Hidary ~ The Repercussions of Sandy 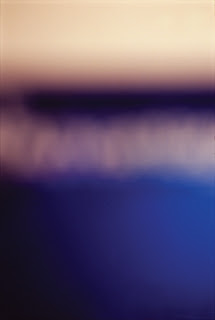 Producing a national juried exhibition is always a challenge but the stress increases as the work from around the country begins to arrive... or doesn't. Last Saturday morning, as I began hanging the Worldview exhibition in Gallery 180 of The Illinois Institute of Art-Chicago, It was obvious that a create was missing. After a sweep of various storage areas, I contacted the artist's representative. She tracked the create to find that it was in New York... detained and possibly destroyed by super storm Sandy.

I hung the exhibition without the two Murray Hidary photographs... But the story does have a happy ending. As I was standing in the gallery—an hour before the private preview reception was to begin—FedEx delivered the crate containing Hidary's work. With a few minutes before the guests were to arrive, I uncreated the work and placed the images on easels. The following morning, the pieces were  appropriately installed—included into the exhibition before the reception and available for purchase.

The Hidary images are amazing colorfield pieces mounted behind glass and floating just in front of the wall. An explanation of these rich and thought-provoking photographs, was offered by his gallery...

The dilemma between what remains objective in photography and what is transformed by one’s own perceptions is met head on by Murray Hidary’s work. The blurred color fields in his Abstract Color Series as well as his progressively blurred objects series’ challenge how we visually organize the world. By defamiliarizing commonly encountered objects, he creates new realms within his photographs that inspire to transcend our grounded notions of perception and reality.

Hidary chooses to bring attention to that which goes largely unnoticed by us through his bare lens. His work is shot in 35mm using primarily Kodak and Fuji films and printed on a variety of surfaces including photographic and watercolor paper. Filters were not used to achieve any of the colors or effects in the work, and the images have not been digitally enhanced or physically manipulated during the developing or printing processes. Hidary’s work frames an alternative view of the world that remains true to its’ original composition from the point a photograph is snapped to the final print.

The Worldview exhibition will be presented at Gallery 180 of The Illinois Institute of Art-Chicago through January 10, 2013. All works are available for purchase with a portion of the proceeds donated to Worldview Education and Care. Gallery 180 is located at the corner of Lake and Wabash in Chicago's Loop. 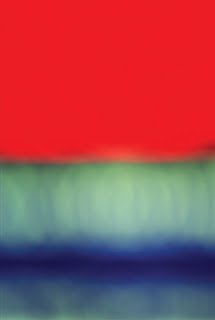 Hidary’s work has garnered wide praise and regularly appears in gallery and museum exhibitions. His work is also held in many private collections. His photography has appeared in myriad group shows including the San Francisco MoMA’s 15th Biennial Auction, at the Guggenheim Museum, and the San Diego Art Institute. Solo exhibitions of Hidary’s work have been featured at Karpeles Museum (Santa Barbara, CA), East Link Gallery (Shanghai, China), and the Nabokov Museum (St. Petersburg, Russia).
.
Posted by Chuck Gniech at Tuesday, November 13, 2012