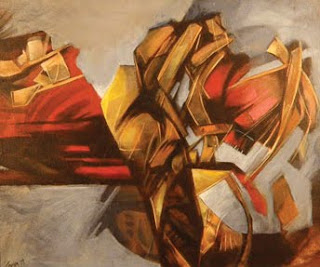 Three summers ago, I was called out of a class for an “urgent” meeting. I was told that there were some people in Gallery 180 who needed to speak to me. When I arrived in the gallery, I met a charming older French couple, on holiday from Paris. They had been walking down the street—in front of the gallery—and spotted a painting that intrigued them. They found their way inside and fell in love with a work by Jim Tansley. The couple told me that, often when they traveled, they would purchase art as a memento of the trip. When they saw the Tansley painting, they knew that they wanted to return to Paris with it in hand. The couple made the purchase and asked if they could take the painting to avoid shipping the work. After a quick telephone call to the artist, to ask if a replacement piece was available, the transaction was complete and the couple left with their newly acquired treasure.

Another of Tansley’s paintings will adorn the walls of Gallery 180 of The Illinois Institute of Art-Chicago. “Cherished Scheme”—one of Tansley’s most recent pieces—will be included in the upcoming national juried exhibition titled, “red”. After spending more then forty years of his life as a graphic designer and painting for almost a decade, Tansley has created a number of wonderfully flowing images within this latest body of work. Created from random marks, Tansley make no intentional reference to reality. In fact, his intention is to “…attempt to produce unique environments, which rely on traditional painting and drawing techniques for their formal structure and composition.”

The piece shown above—selected for the “red” exhibition—is titled "Cherished Scheme". It is a 20 x 24 inch acrylic work on canvas, with a price tag of $2,000. Take a moment to review the some of Tansley’s other work at: jimtansley.com. You won’t be disappointed.
Posted by Chuck Gniech at Tuesday, September 08, 2009