Dominic Sansone ~ "Away From This Inverted World" 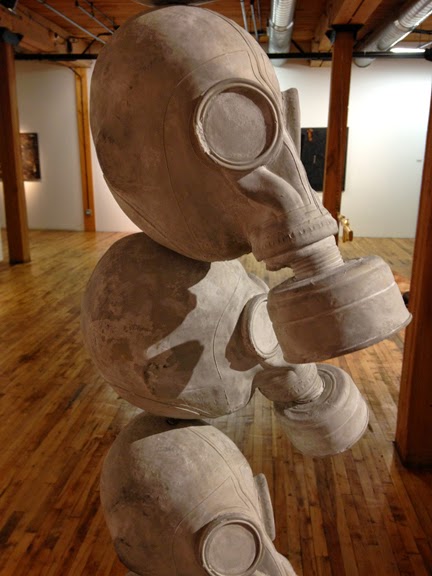 An exhibition titled “Away From This Inverted World” just closed at the Bridgeport Art Center. Michiko Kobayashi curated the show. Kobayashi selected a variety of pieces that explore issues inflicted on humanity. The artists included were: Cleveland Dean, Dominic Sansone, Lara Nguyen, and Corinna Button.

Lelde Kalmite, Curator of the Bridgeport Art Center, alerted me of the exhibition—urging me to see the show before it closed. She wanted me to experience the exhibit due to its connection to a traveling exhibition that I’ve been curating, titled “…Breaking Criminal Traditions”. So last Friday, I took a ride out to Bridgeport.

When I entered the gallery, I was enthralled. The work was beautifully presented—creating an opportunity to pause before moving on to explore the next visual statement. I’ve work with Corinna Button on the BCT show and was very familiar with her work, but this was my second exposure to the sculpture of Dominic Sansone. Sansone’s pieces slap the viewer in the face with their brutally direct interpretation of the world in which we live and the society that we’ve become. Sansone’s statement in part reads:


Through my current body of artwork I explore the violence of humankind and the role each of us play in facilitating an endless cycle of barbarity. Americans, in particular, have seemingly become addicted to the state of war, in part, due to our desensitization at the hands of the media we consume. From video games glorifying killing, to twenty-four hour coverage of conflicts, to real time video of smart bombs dropping down chimneys, we have an endless supply of stimuli to numb ourselves. The pain and suffering endured by others becomes nothing more than flickering images on a screen.

The work is brilliantly honest. I hope to include Sansone's work in future presentations of “Breaking Criminal Traditions”. I’ll keep you posted. 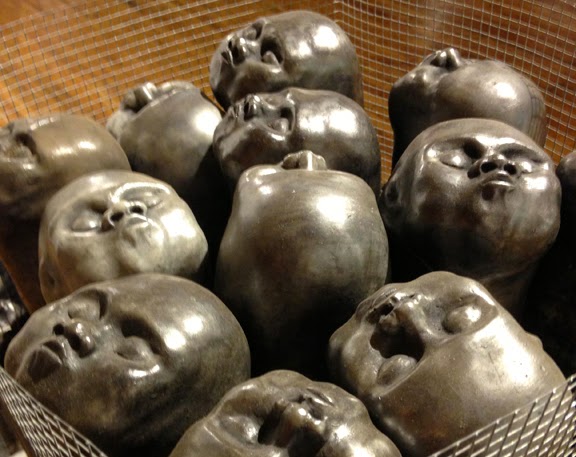 Dominic Sansone is a native of Chicago Illinois and holds a Bachelor of Fine Arts from the University of Illinois Urbana Champaign and a Master of Fine Arts from the Herron School of Art and Design in Indianapolis. After completing his BFA studies, he spent two years working for an aerospace company producing fabrication and assembly drawings for satellites, military aircraft, and mobile artillery units. He next spent over a decade in the tradeshow industry and has overseen worldwide exhibition programs for major multinational corporations. Dominic has exhibited in group and solo exhibitions across the United States and he is represented by Baang + Burne in New York City, Minan Gallery in Los Angeles, and Fulton Market Gallery in Chicago; in addition to teaching at the Evanston Art Center.